Anyone that knows me knows that I am big on the pig, I’m a dork for pork.  My mouth waters just thinking of all of the pork products I could grill from one pig.  Tenderloins, sausages, pork chops, RIBS….oh MAN!  We’ll cover the rest of the pig in later recipes, we’re talking about grilled pork chops today.  This recipe is for marinated pork chops and the marinade is one of those I tend to use on other meats like chicken as well.  What I love about this marinade is that the ingredients have relatively long shelf lives, so I can keep most of it on-hand to throw together with a few hour’s notice.  Since it’s a pretty strong marinade, it doesn’t take long to penetrate the meat either, so an hour’s notice is about all you need.  I really like that last point, since I rarely plan on grilling pork chops or any other meat for that matter too far in advance.  Enough introduction, let’s get to grilling! 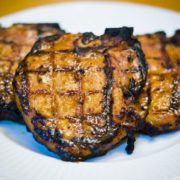 Marinated pork chops recipe with a versatile marinade I tend to use on other meats like chicken as well. 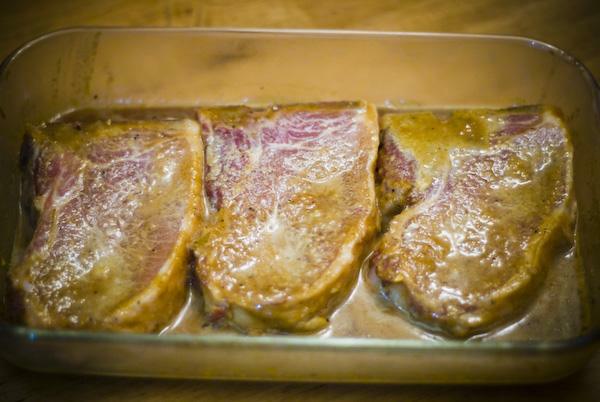 Previous Post: « Grilled Shrimp Kabobs, The Great Shell Debate
Next Post: How to Flatten a Whole Chicken for Cooking »