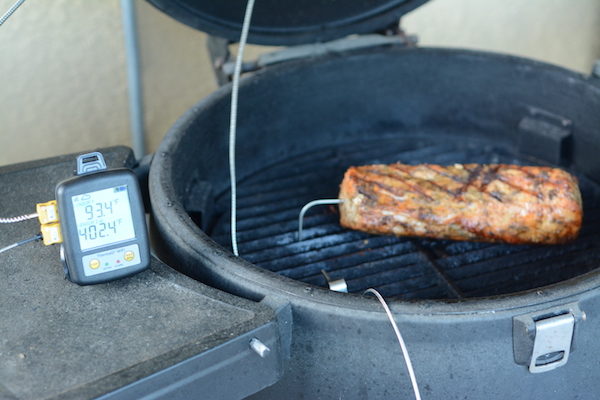 It was like Christmas in February when I came home to a box on the doorstep with the ThermoWorks logo. I know something really cool (for an gadget-obsessed grilling fanatic) is hiding inside the cardboard. In this case, ripping into the box revealed the new ThermoWorks ThermaQ Wifi wireless meat thermometer. This particular temperature-monitoring gadget got me really excited at the prospect of monitoring my pork butt while out on the boat. You see, my smoker is getting pretty old and lets just say temperature control can require constant tweaking at times. As a result, I often wake from a nap in a panic, thinking my smoker crept up to 450 degrees since the last time I walked out to check. The ThermaQ Wifi promises to extend my tether to the grill by giving me a way to monitor the temps of both my meat and smoker using the Thermoworks mobile app. Here’s my ThermaQ wireless thermometer review so far after cooking two meals. I’ll update this post with the results as I give it a little more exercise over the coming months.

My ThermaQ came unit came with the high temp meat probe, click here for the exact package. Upon unboxing the ThermaQ and meat probe, my first impressing was that the unit looks like a professional tool and the probe itself looks like it could survive a trip down the center of a volcano. As expected, the ThermaQ appears to be water proof, with rubber plugs protecting any access water might find to the electronics inside. The unit comes with a stand that has a needs a little help standing up once you plug in the probes, but it has the ability to screw into a tripod or gorilla pod.

Setting Up The ThermaQ Wifi

The hardest part about setting up the ThermaQ Wifi unit was remembering my Wifi password. Seriously, who can even remember those? If I make it too simple, my kids share it with the whole neighborhood. Too complicated and I can’t remember. Anywho, once I obtained/reset my Wifi password, setup on the ThermaQ was easy. First, you need to download the app from the App Store. Once you have the app on your smartphone, it will walk you through the rest with their setup wizard. I don’t feel like I need to step you through it because it was so easy. As soon as I was done, my iPhone immediately became my grilling temp command center. 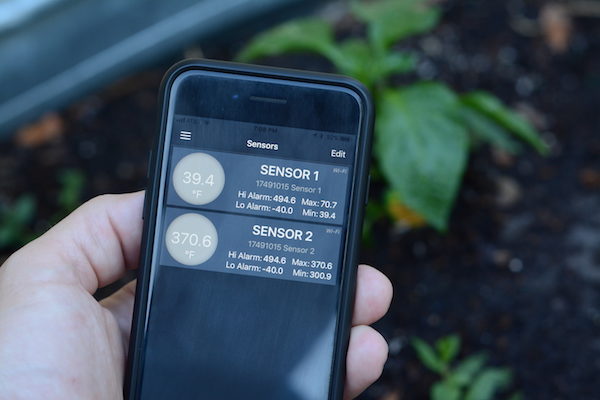 Cooking with the TheraQ Wifi Thermometer

So here’s where the meat hits the heat. My first cook was with a really nice looking pork loin my wife picked up for dinner. This lean cut of pork can get really dry when you overcook it, so I’m pretty specific about my temps for pork. I’m not too picky about my grill temp for this cook, but the second probe for the grill gave me some confidence that my grill wasn’t creeping up too quickly during the cook. Plus, with the remote probes, I don’t have to open the lid to check so the overall cook time is probably much less than it would be if I were letting out the heat each time. Not to mention the blasts of air I’d be giving the coals each time I opened the grill. Once my grill was properly heated (I usually put pork loin on at about 375 and try to hold at around 400), I inserted the meat probe and put the pork loin on the grill, routing the wires through the air vent on my grill’s lid. I then did some really boring stuff around the house like picking weeds in my raised garden and other crap my wife had been nagging about just so I could say I was checking our dinner out from afar via my iPhone. I also took the time to take this photo, cleverly showing that the “ThermaQ Wifi thermometer and app are so easy, even a Labrador can monitor cooking temps!”. I know, he’s cute, but I don’t trust him any closer than this to the meat. 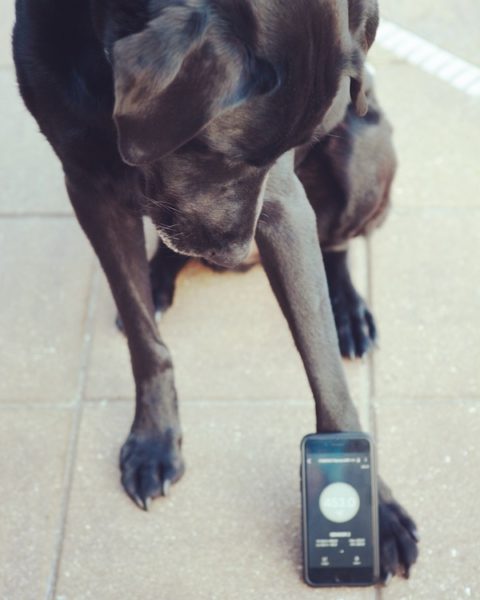 The ThermaQ Wifi thermometer and app worked just as advertised. I was able to check the meat temperature through the app no matter where I went that evening. The app updated as it should with the progressing temperatures. The alarm alerted me when my meat hit my desired temp. Accuracy-wise, I found it to be within 3 degrees of the Thermapen each time I checked, close enough that I won’t second guess it next time. Overall, it was great. A few days later I cooked 4 whole chickens and again, the thermometer worked flawlessly. In that case, I had to set up and monitor a neighborhood slip n slide so it was perfect as I was down the street most of the time the chickens were cooking.

I’ll keep using the ThermoWorks ThermaQ Wifi for more and longer cooking sessions but judging by the quality of their other products like the Thermapen, I expect it to continue to work as advertised. Thermoworks doesn’t mess around, they create great products that are easy to stand behind. Here is where you can buy to support our site:
ThermaQ Wifi Meter only
The ThermaQ Wifi High Temp package with high temperature probe