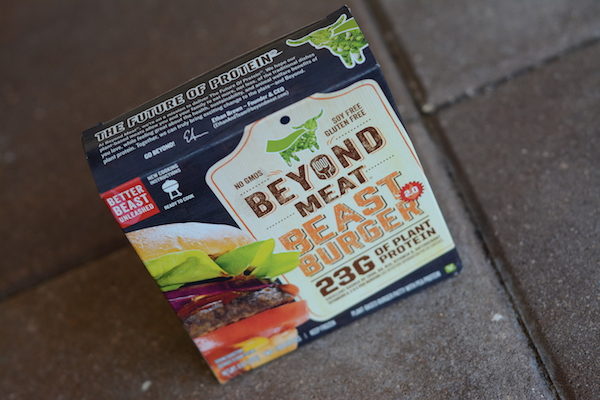 I like meat, delicious animal protein. I’m immediately skeptical when someone tries to sell me on a substitute with “you can’t even tell the difference”. I’m not a big fan of veggie burgers at all. I greeted the Beyond Meat Beast Burger with the same healthy does of “whatever” that I have given all of these meat substitutes.  I’m willing to try anything though, so I fired up the grill, opened my mind and followed the directions. How did it turn out? In short, I was impressed, it was delicious and very animal-protein-like. Will it replace hamburgers for me? Probably not, but I’ll willingly recommend and serve it to any friend that wants a plant-based burger.

About the Beyond Meat Beast Burger

The Beast Burger is made with pea protein, which after looking it up actually means exactly what it says. I guess they grind down peas, remove the fiber and starch leaving some pretty potent protein powder. Is it a healthier than hamburger? I was surprised to compare the nutrition value of the beast burger with 85/15 ground beef. They are actually pretty comparable and that is the main reason it won’t replace ground beef for me. The beast burger contains a few more grams of protein per serving, but the rest of the nutritional values are pretty close to 85/15 ground beef according to the sites I have been using for comparison. If I’m missing something, please leave a comment and school me on how this is a healthier option.

How to Grill the Beast Burger

I decided to follow the directions on the box for my first beast burger. I preheated the grill on high for about 15 minutes. I then brushed the frozen beyond meat burger with oil on both sides and put it over direct heat. I ended up grilling for about 5 minutes on each side, slightly more than what they say in the directions but it seemed to be cooked perfectly. I was pleasantly surprised with how meat-like it started to look once it started browning up on the grill. My son said “yuck” when he saw it frozen, but then willingly tried it once it started to look like a burger patty. 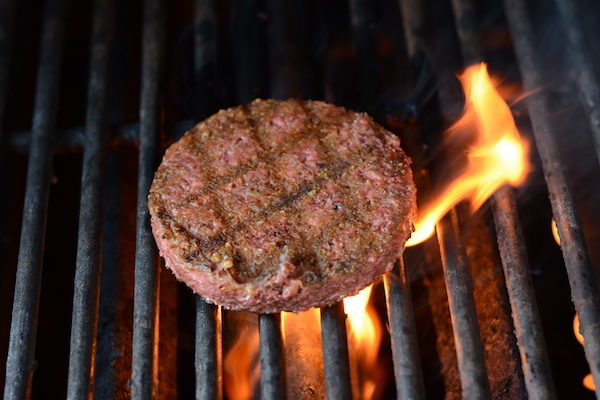 I then served it up on a toasted bun, with some mustard and a little lettuce just like I like my animal burgers. 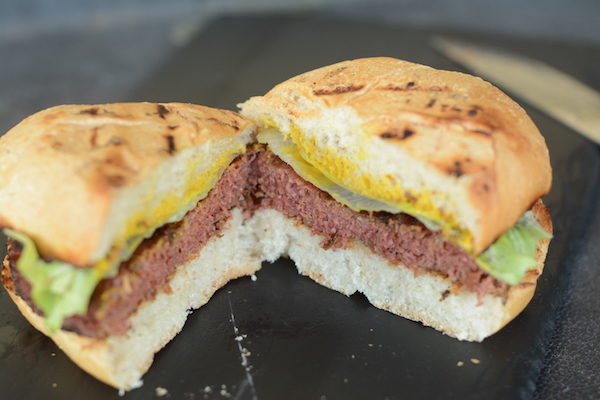 On the grill and on the bun, the Beyond Meat beast burger really does a nice job of passing itself off as a legit meat replacement. I found the appearance and texture to be as close to beef as any plant-based product I have tried. My 9 year old son agreed, he devoured his burger. I’d venture to say that if someone gave me one these in a bar after a few IPAs, I might not be able to tell the difference.

Note: This product was not supplied to GrillingCompanion, I bought it with my own money to try.