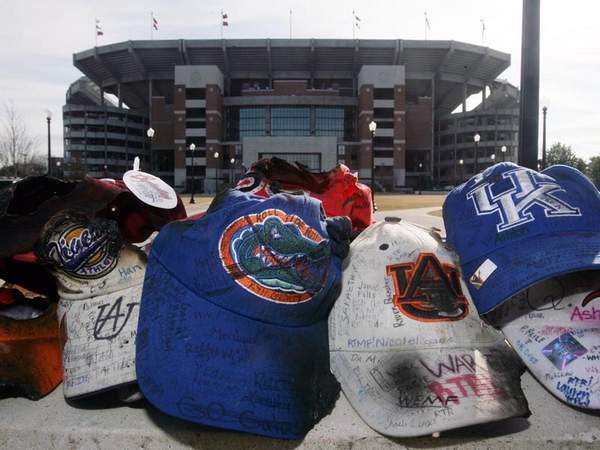 I had several good friends that went to the University of Alabama, so I am well aware of how fanatical Tide fans can be.  Rituals and tailgating traditions are a part of every college program, but not many rituals require this much effort.  During the 2008 season, Alabama alum Allen Mallory started a tradition where he gets 200+ students to sign a hat  from the opposing team before each game.  Exactly 15 minutes before kickoff, he burns the hat for good luck. As further evidence that his ritual is working, Alabama’s only loss since he started came when he forgot to burn a University of Florida hat for last year’s championship game.  I’m sure Allen learned his lesson for this year.  Roll Tide!